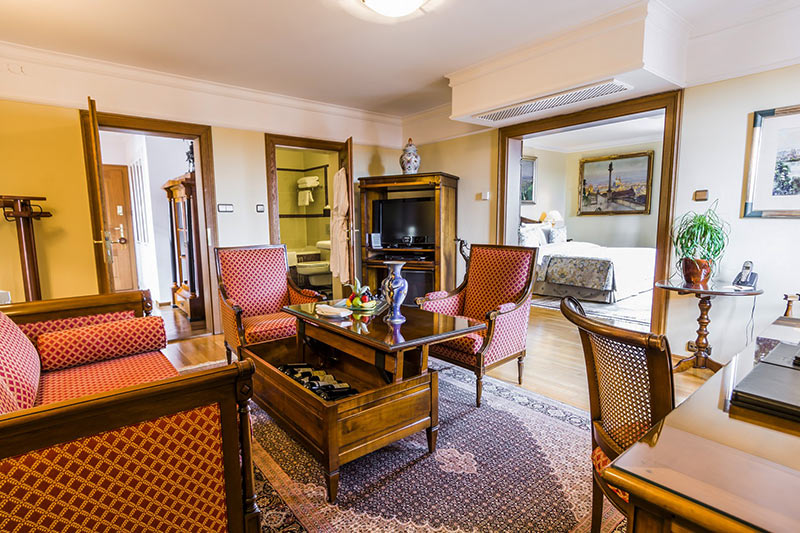 The victory of Prague Aria Hotel in Tripadvisor´s inquiry about the world’s most luxurious hotels aroused immense interest in Prague hotelier industry. In 2008, U Zlate Studne and Le Palais Hotels were placed the best in this inquiry. However, these hotels were this year by far surpassed by Aria boutique hotel that captured this prestigious category as the first Czech hotel in history.

The victory of Prague Aria Hotel in Tripadvisor´s inquiry about the world’s most luxurious hotels aroused immense interest in the Prague hotelier industry. In 2008, U Zlate Studne and Le Palais Hotels were placed the best in this inquiry. However, this year’s hotels were by far surpassed by Aria boutique hotel that captured this prestigious category as the first Czech hotel in history.

Aria, the Prague musical hotel, which is located in Trziste street in Mala Strana and is almost neighbouring with the American Embassy, became in the stated inquiry the most luxurious hotel in Europe and the whole world. However, it is not the only representative of the Czech Republic or Prague placed well in the inquiry. Ventana Hotel, with its 33rd position, Hotel Le Palais 41st position and The Icon Hotel with its rounded fiftieth position also went into the first fifty. 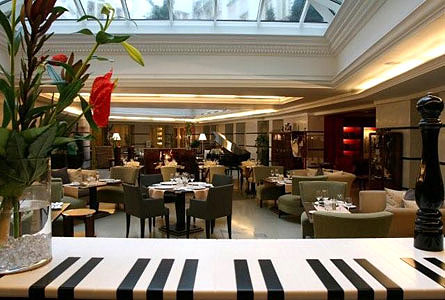 A cosy small hotel U Zlate Studne, a sister hotel of Arie, gained a lot of credit as well. It fought its way to the third position in hidden jewels of the world and to the second position in Europe’s jewels categories.

Aria Hotel – Art at Every Step

Already when entering the Aria boutique hotel, you will be addressed by a horse miniature known from Myslbek´s statue of St. Wenceslas on Wenceslas Square. And art eradiates at you at every step, even on the plates of the hotel restaurant CODA. You can find there popular music celebrities presented by caricaturist Josef Blecha on sixteen types of plates.
The entrance hall will also hold your interest by its mosaic paving representing ancient musical score. The Petrof concert grand in winter garden will probably not surprise anyone in a musical hotel. Its non-presence would be odd instead. It is just a step from the all to a cosy musical saloon, which is a flagship of the hotel, so to say.

To be accommodated here and not to enjoy the absolute quietude of the library with a fireplace would be a real sin.  Ivana Stehlikova, the Hotel Musical Director, assists the guests with a selection of music that they secretly in their souls wished for while reading. The local fund offers several thousand CDs and hundreds of musical DVDs.

Seven apartments for the most demanding ones.

Vrtbovska garden provides an ideal relaxation, which can be entered directly from the hotel in the summer months. The hotel guests are then in the evening hours the only ones to delight in the beauties of this garden on UNESCO List.

As far as accommodation is concerned, you can find 52 rooms in the hotel. The most demanding guests are in particular pleased by seven apartments. Thus, the real peaks are the Mozart apartment, which is very bright and offers a beautiful view of the Vrtbovska garden and loft apartment Billie Holiday. It is less backlit but very spacious, and its interesting ceiling provides it with an exceptional atmosphere.

Romantics with a homely atmosphere

U Zlate Studne Hotel, located at close quarters to the Prague Castle, abounds in a homely cosy atmosphere and beautiful view of Prague from an exciting point.

Already the entry to the hotel is exceptional – there is a separate narrow alley leading to its entrance and ended by it as it is otherwise blind. The hotel does not have a presidential apartment as such. Thus it is only divided into rooms and so-called suites, which are a lot more representative. However, the Tycho de Brahe and Rudolf II apartments can compete with many presidential apartments.

Part of the U Zlate Studne rooms offers an unrepeatable view of Prague and one can really get the full flavour of it not only from his/her room but also from the restaurant and especially from the summer terrace. The speciality of the hotel is then the so-called pillow menu when the quest chooses what type of pillows he/she would live to have under his/her head, along with their scent.  And it is these details that can sweeten your stay the most.

This is where for example, the team of Rubense Barichell or model Adriana Sklenarik stayed. Prices in the best apartments start at EUR 450.

Royal Suite is a true seat of the kings.

The Prague hotel Le Palais is located in U Zvonarky Street, not far from the Nusel stairs and only a 5-minute drive from Wenceslas Square. The hotel was originally built as a residential palace in 1897, and history is reflected literally in its every corner. The best the hotel has to offer is the so-called Royal suite. It is a five-bedroom complex with a hall that is at the guests’ full disposal. View of Prague is thus in a special embrasure as if created for a romantic dinner.

The special apartment is suitable for rather small groups of tourists. They stay together; however, each of them can enjoy the comfort of his/her own bedroom and bathroom. “This apartment is often used by Russian and Arabic clientele. Sometimes there are also groups of men arriving to hold a stag party. Spaciousness and privacy of individual rooms are thus fully sufficient”, stated Denisa Santos, the hotel representative.

The hotel was stayed in by, for example, the actress Salma Hayek, Tomas Hanak or models Tereza Maxova and Adriana Sklenarikova. The price per night is EUR 2400.

Oriental experience with an elegant terrace

The Prague Mandarin Oriental arose thanks to the reconstruction and renovation of the former Dominican monastery. Thanks to its articulation and rather a small size, this hotel impresses by its hominess and cosiness. Thus, many features from the original building create an exceptional atmosphere complemented by a suitable location in Nebovidska Street not far from the Musical Museum.

The 501 apartment number is hiding a two-floor presidential apartment with a huge terrace providing a Prague castle’s direct view. Thus, the upper floor of the apartment provides a beautiful view of all the other points of the compass. Modern features along with traditional architecture thus enhance the nice feeling the guest gets from this apartment. A completely marble bathroom is just the icing on the cake.

If you want to spend a night in the Presidential Suite, you must get EUR 4 000 ready. And who has already chosen this hotel for their stay? Dalai Lama or singers Kylie Minogue and Gwen Stefani.

A big competition for established hotels

Kempinski Hybernska Hotel is located in Hybernska Street’s heart, not far from main cultural and historic sights such as the Powder Gate and the Council House or Old Town and Wenceslas Squares, and at the same time at close quarters to shopping and business centres. Reconstruction of the building itself into a luxurious hotel cost EUR 20 million, thus roughly 560 million Czech crowns.

Presidential Suite in the colours of dark walnut and beige is the pride of the hotel. There are two bedrooms, a lounge and a dining room on its 186 square meters. A spacious terrace with a Jacuzzi is thus pleasant, especially in the summer months. Another interesting feature is the glass bathroom door that is becoming more and more fashionable in the world.

Ivana Trump or Woody Allen recently stayed in the residential apartment of the Kempinski Hotel. This is the most expensive one out of the selected apartments. It comes to EUR 5 000.