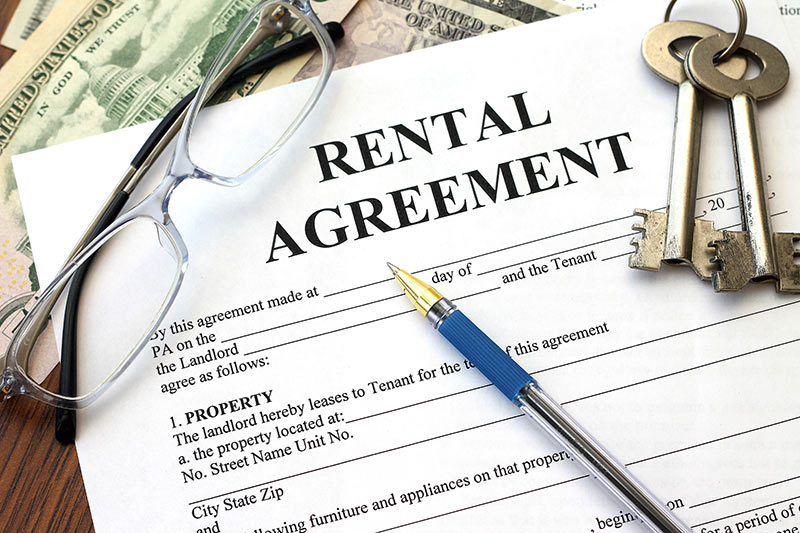 If you are planning an extended stay in Prague you have a few options. You can stay in a serviced apartment but you won’t get a very good price. Usually expect between 15 and 30 per cent discount from daily or week rates. Another option is renting an apartment short-term or long-term. Short- term apartments can be rented for 3 months (but sometimes can be negotiated for even shorter periods) and long-term usually from 6 months up to 1 year.

If you are planning an extended stay in Prague, you have a few options. You can stay in a serviced apartment, but you won’t get a perfect price. Usually, expect between 15 and 30 per cent discount from daily or weekly rates. Another option is renting an apartment short-term or long-term. Short-term apartments can be rented for 3 months (but sometimes can be negotiated for even shorter periods) and long-term, usually from 6 months up to 1 year.

Room in flatshare outside the city centre – 5500 CZK/month

Where you decide to live will surely have a bearing on your overall Prague experience. Though only separated by a few kilometres, some districts can feel like opposite ends of the globe. Before you sign that long-term lease, we highly recommend getting a feel for the cityscape.

Prague 1: Truly the heart of Prague, comprised of the districts Malá Strana (Lesser Quarter), Staré Město (Old Town), and Nové Město (New Town). Although centrally located and bustling with an abundance of restaurants, pubs, theatres, museums, galleries and shops, the ever-present crowd of tourists (not to mention the lofty rents) can make this area virtually uninhabitable, especially for those with families.

Prague 2: The leafy suburb of Vinohrady is a favourite among ex-pats for a trio of reasons: its proximity to the city centre, its easy access to public transport, and its culinary offerings – here you’ll find streets jam-packed with trendy restaurants serving everything from sushi to tapas. The abundance of parks and green spaces also makes Vinohrady an attractive option for those with young children. Alas, as with all good things discovered by the masses, this area is becoming increasingly expensive.

Prague 3: Bordering progressively upscale Vinohrady is the more working-class Žižkov. Teeming with restaurants and pubs (more per square km than any other neighbourhood) and surrounded by its own fair share of parks and greenery, this hilly district’s reputation as Vinohrady’s “rougher” cousin is undeserved. Zižkov is equally trendy if a bit grittier, with cheaper apartments for the urban-minded and plenty of after-hours action for night owls.

Prague 4: Nestled on the Vltava River and dominated by the Braník and Podolí neighbourhoods, Prague’s most residential and, some say, safest district. Here outdoor pubs, parks, and Czech restaurants abound. Warm weather brings golfers to its courses and rollerbladers to its tree-lined streets. The lack of a central metro hub may prove inconvenient, but tram and bus connections are plentiful. The Pankrác and Budějovická areas have better public transport but aren’t quite as attractive as Branik or Podoli due to the looming communist-style housing, or paneláky. Two of the city’s largest international schools are located in Prague 4, giving the expatriate population a considerable boost.

Prague 5: Smíchov, south of Malá Strana, is on the pricey side and can feel crowded with all the malls, cinema complexes, and office buildings in the vicinity. But the public transport is good, and nice neighbourhoods with historical homes and small paneláky can be found in Košíře, Motol, Hlubočepy, and Radlice. Though cosy, these residences are far from the centre, and shops and entertainment are scarce.

Prague 6: Dejvice is similar to Vinohrady in ex-pat popularity (ex-pats especially favour Nebušlce) and landscape. Rents are typically cheaper, and pubs and eateries are decidedly more “Czech’ in the atmosphere. Prague 6 is an ideal place for families, with many schools and parks nearby. Ořechovka and Hanspaulka are the two nicest residential areas in the city, characterised by luxurious houses and villas. Public transport stops can be few and far between but, for families who can afford them – Prague 6 is home to many diplomats and ambassadors – these areas are nice places to nest.

Prague 7: Letná is situated quite near the city centre. Some of its neighbourhoods are just a short walk from lively Letná and Stromovka parks, where dog-walkers, rollerbladers and beer gardens are plentiful. Not all Letná residences are pleasing to the eye, but it can still be a very convenient place to live. An ample selection of restaurants (everything from Tex-Mex to Spanish to French), nearby Sparta football stadium, and good shopping continue to lure the international community here.

Prague 8 and 9: Karlin in Prague 8 was the district worst hit by the 2002 floods but has experienced a brilliant renaissance thanks to the massive River City development, an office building and luxury apartment complex. The stylised living spaces, cafés, and state-of-the-art gyms cropping up due to the development will continue to draw yuppie-types, while a strong presence of die-hard locals keeps the mix interesting. Prosek, Ládví, and Letňany in Prague 9 are a good distance from the centre, although Metro line “C” now extends to Letňany.

Prague 10: Vršovice has a Vinohrady feel but is slightly from the centre, with lower rents. But as the neighbourhood becomes increasingly popular, prices have begun to rise. Eateries, entertainment and access to public transport links aren’t plentiful but do exist. Hostivař is a quiet residential area dominated by Hostivař Dam (great for swimming and sunbathing in the summer) and surrounded by a well-maintained forest that is perfect for hiking and biking.